The Alfa Laval T10 has been built with an entirely redesigned plate concept, which boosts energy efficiency and sustainability, while reducing total cost of ownership thanks to a smaller footprint and reduced maintenance needs.

T10 is the successor to the long-selling M10 in Alfa Laval’s industrial line of plate-and-frame heat exchangers. Like its predecessor, the T10 has an extremely versatile design, suitable for a wide array of heating, ventilation, air conditioning, cooling and refrigeration (HVAC&R) applications in virtually all types of industries.

Built with a revolutionary new plate concept, T10 eliminates the compromise between efficiency and pressure drop. With the improved design, customers can better accommodate uneven flows, making it possible to optimize the performance of the heat exchanger according to its specific position in the processes.

The result is up to 30% higher efficiency and reduced fouling for reliable, cost-effective performance. 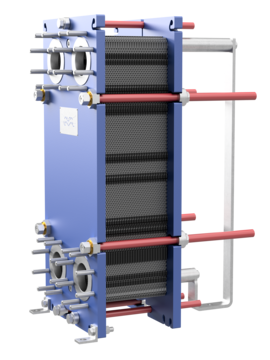 T10’s new plate concept is the major update from the previous generation. With the new FlexFlowTM plate design feature, T10 units can be configured more precisely without compromising between thermal performance and pressure drop. FlexFlow™ enables as many as ten channel combinations using only two plates.

FlexFlow™ is made possible by Alfa Laval’s next-generation plate alignment system, SteerLockTM which ensures perfect plate positioning, regardless of whether the plates are configured symmetrically or asymmetrically. In addition to preventing leaks or damage to the plates during assembly, SteerLockTM also makes the service process easier, since removing and reassembling the plates during maintenance goes more quickly.

With the added efficiency of FlexFlow™ and other next-generation innovations, such as the CurveFlow™ distribution area and OmegaPort™ noncircular port holes, T10 can provide thermal performance equivalent to earlier models within a significantly reduced footprint. The new CompactFrame™ feature minimizes the overall size of the unit, allowing for smaller service areas as well as simplified, faster maintenance procedures.

To learn more about the Alfa Laval T10 and the complete range of next-generation gasketed plate heat exchangers, visit https://www.alfalaval.co.nz/microsites/demand-new-standards/next-generation/latest-release/ 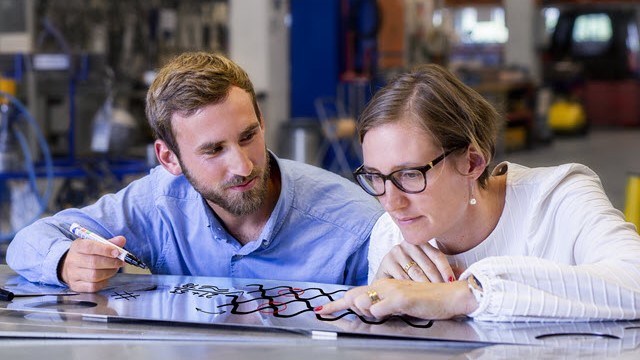 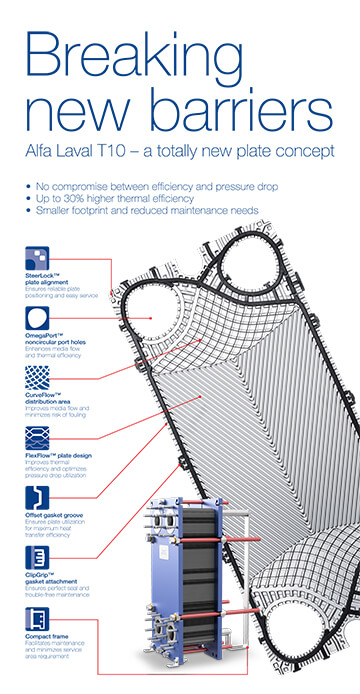 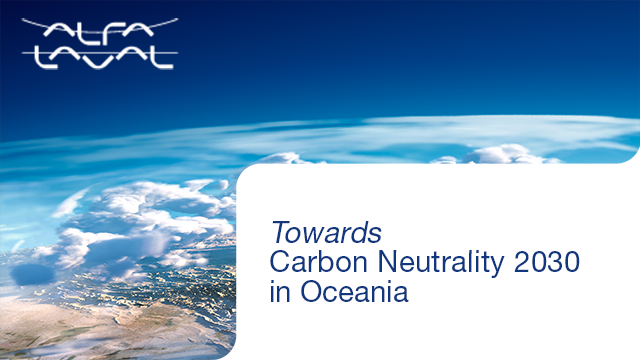 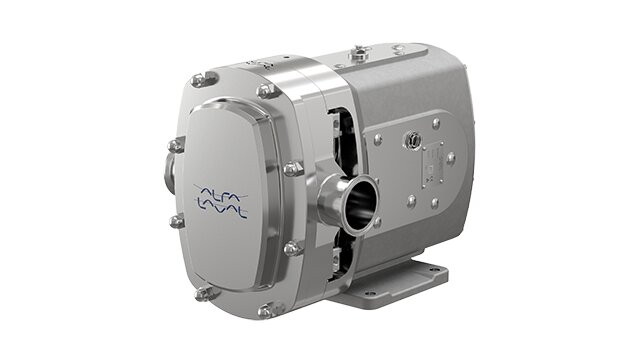 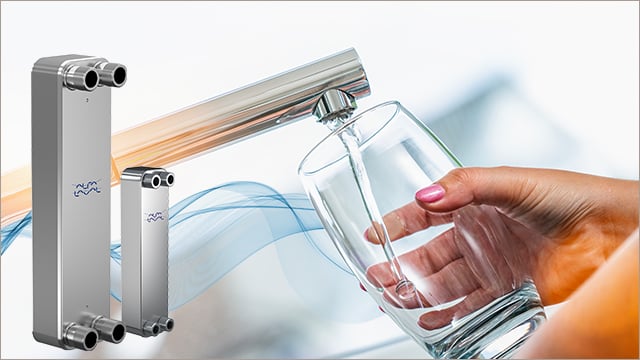 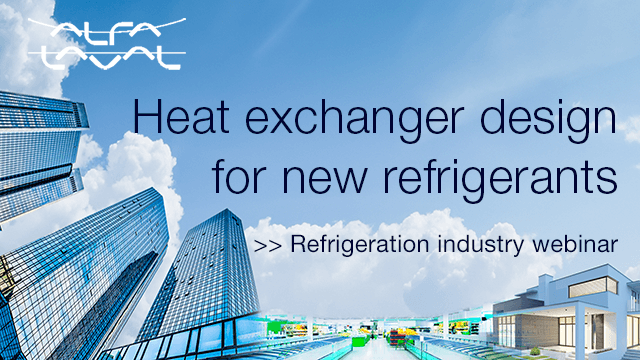 How to design your heat exchanger for new refrigerants